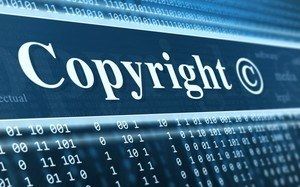 The controversial new Copyright Alert System recently launched by the Motion Picture Association of America (MPAA), the Recording Industry Association of America (RIAA) and the five largest Internet providers aims to help protect the copyrighted property of artists, filmmakers and other content owners. But at what cost to consumers’ rights? Cyber and computer crimes defense attorneys and others question the CAS’s validity and reach.

Informally known as the “six strikes policy,” the CAS typically involves content owners eyeing public peer-to-peer (P2P) networks, watching to see if their copyrighted work is shared without permission. If so, the owner contacts the ISP, who then sends a notification to the (supposedly) offending subscriber. If suspected copyright infringement continues on a particular subscriber’s account, the ISP can temporarily hamper the subscriber’s Internet connection by reducing Internet speed, downgrading Internet service to a lower tier, or redirecting the user to a landing page until the subscriber contacts the ISP or completes an online copyright education program.

But these policies assume that the offending user and the subscriber are one and the same. That’s not the case for the hundreds of users who log onto a coffee shop’s free wifi each day. Critics say the CAS will hurt small businesses that provide wireless networks to help attract customers and could hamper moves to create open wifi networks in urban areas nationwide. Plus, the CAS no doubt will prompt litigation, as individuals challenge the action of being targeted and penalized by a private body.

Says Corynne McSherry, intellectual property director for the Electronic Freedom Foundation: “There are a lot of problems with this system. They’ve essentially created a private, extra-legal process with real consequences, without the balance and protections of a real judicial process.”

We tend to agree. But many say the CAS will do little to curb illegal downloading anyway. Between 2003 and 2008, owners of media and music content attempted a bit of legal swagger by litigating against individuals whose downloading content infringed on their copyrights. Not only were the lawsuits largely unsuccessful, they also proved a public relations debacle.

The CAS program does allow for users who believe they’ve been mistakenly targeted to file for a request for an independent review by the American Arbitration Association for a fee. If you find yourself being blamed for downloading copyrighted material, contact a computer crime defense attorney with Gainesville’s Law Offices of Edwards & Jones Criminal Defense at (352) 329-3632.