October 10, 2019
By Law Offices of Edwards & Jones
That seemingly harmless photo your friend takes and texts can be used against you, criminal defense attorneys say. 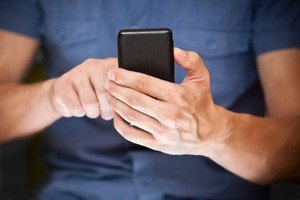 One of the most highly publicized sexual assault cases ever tried recently wrapped, but its impact will be felt in criminal law forever. The case involved two high school football players who, during a night of carousing last August, carried a clearly intoxicated 16-year-old female student of a neighboring school from party to party, sexually assaulting her along the way.

Defense attorneys in the case faced a tough battle for one primary reason – The accused teenage boys practically laid out the prosecutors’ case for them via social media and smart phone texting. Dumb move, say attorneys on every side of the multi-faceted case.

As one reporter described it during the media storm kicked off by the Anonymous hacking collective and unprecedented for a rape case: “In 24 hours, the story of an alleged rape in the small, football-driven Ohio town of Steubenville has transformed from a local controversy with a curious social-media angle to an all-out Internet crusade, with potential cover-ups, allegations of prosecutors colluding with coaches, disgusting new video, and hackers to the rescue.”

The case was decided largely based upon incriminating photos of the defendants with the plaintiff taken throughout night and spread first across town, then nationwide. Therein lies a lesson for anyone who participates in social media. While no one is condoning the actions of the defendants in this case, it’s important to understand that the social media fingerprint you leave can significantly impact your life and career.

Here are four main facts you need to know about social media:

If you find yourself being eyed in a criminal complaint, steer clear of social media posts, limit your phone and texting communication, and contact a criminal defense attorney. Gainesville’s Law Offices of Edwards & Jones Criminal Defense can be reached at (352) 329-3632.