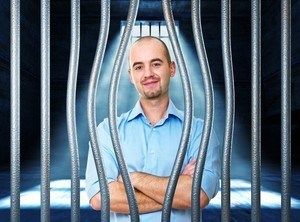 If you are facing prison time, no doubt you’re looking for any way to minimize your time behind bars. Depending upon your crime and sentencing details, Florida offers you a chance to earn a reduction in the overall sentence imposed by the court via “gaintime,” say criminal defense lawyers with Gainesville’s Law Offices of Edwards & Jones Criminal Defense.

In place in Florida since 1889, gaintime is designed to encourage satisfactory inmate behavior and to motivate participation in various prison and work programs. Types of gaintime afforded eligible inmates are:

Basic gaintime, which had been awarded in a lump sum upon an inmate’s entering prison (10 days for each months of an imposed sentence for crimes committed before July 1, 1978) was eliminated effective January 1, 1994 as part of the Safe Streets Act passed by Florida’s 1992-93 legislature. And inmates serving life sentences are ineligible for gaintime, and those serving certain mandatory sentences have limited gaintime opportunity.

To assure that you get the gaintime you’ve rightly earned, contact an experienced criminal defense attorney. Gainesville’s Law Offices of Edwards & Jones Criminal Defense specializes in protecting the rights of those accused or convicted of crimes. Contact us at (352) 329-3632.